The FTTF’s role is not only to provide financial start-up support, but also to help build a powerful team. Too often, founders concentrate all responsibilities on themselves and forget that they need additional competencies and capacities in the team as the company grows.

Today, we would like to introduce Maren Anastasiou. She has been COO at MonitorFish since November 2020 and supports the founding team with outside energy for more performance and growth.

The basic idea of a venture capitalist is to use money, know-how and network to develop founding teams with a unique and market-relevant technology into a valuable company.

This includes finding and hiring suitable team members when needed. In the case of scientific spin-offs, fields such as strategy, organization, finance, business development and sales often need to be strengthened and supplemented with additional key personnel (so-called “key hires”).

Studies have shown that precisely those startups are significantly more successful that hire “key hires” at a higher frequency (e.g. one hire per quarter).

This requires a certain amount of self-reflection on the part of the founders as to where their own strengths but also weaknesses lie and the ability to share or even hand over leadership responsibility. The trick is to match the right person with the startup, which is not always easy, because good candidates are quickly off the market.

Be fearless in the pursuit of what sets your soul on fire. 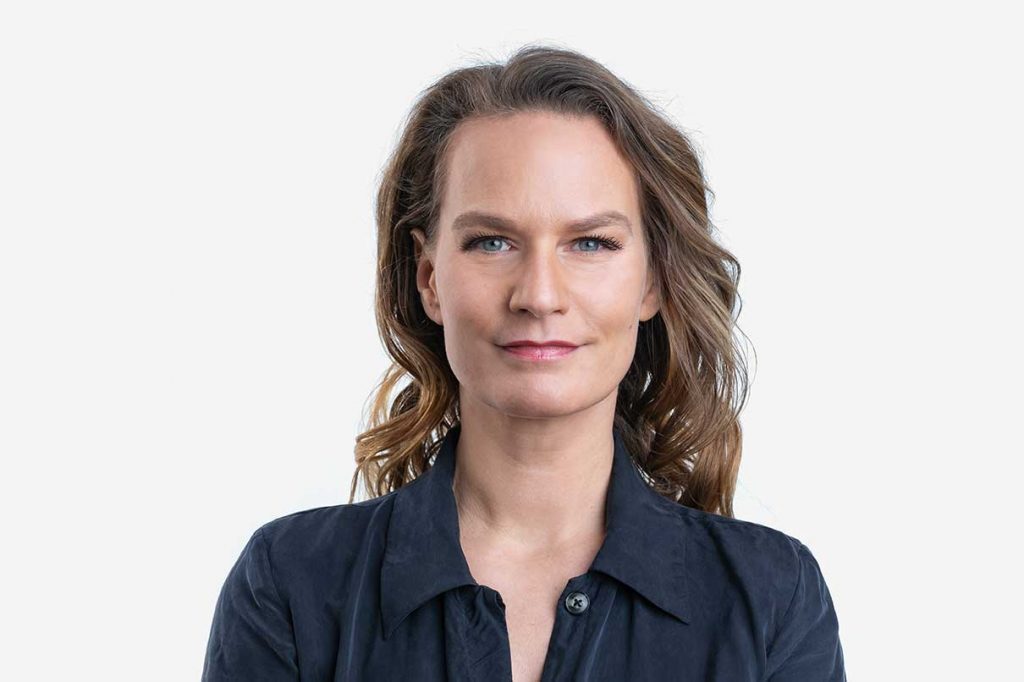 And that’s where FTTF comes in. We advised the founders of MonitorFish on the selection of personnel and are very happy to have Maren Anastasiou on board.

Maren does not come from the classic “Fraunhofer cosmos” and that is a good thing. As an accomplished COO and industry outsider, she brings a lot of practical experience, a certain “toughness” and thus sovereignty to the table, in addition to her specialist knowledge. Especially when things get particularly heated before the market launch, Maren ensures that everyone keeps a cool head and stays “on track”.

For this level-headed approach, she draws on her many years of professional experience in various industries and forms of business. This has enabled her to quickly find her feet at MonitorFish and initiate structural changes.

Especially when a lot of things are changing, companies and employees need to be well supported during the change. If not, the organization is overwhelmed and collapses.

Maren’s stations and positions before MonitorFish

After her business studies, Maren spent several years at a tourism company in the areas of controlling, in-house consulting and quality & process management, where she took on management responsibility.

This was followed by a management position at Service GmbH of the German Travel Association, including her first steps in the political arena, followed by a freelance position as a business consultant specializing in young, dynamic companies.

In addition, she taught at the SRH Berlin University of Applied Sciences and volunteered at the Bundesverband Deutsche Startups e.V. for several years.

In her last position before MonitorFish, she helped a startup grow from 35 to 70 employees within two years as COO. With the increase in staff, she created the appropriate structures to be able to scale.

“The rapid growth was a real mammoth task, where change management in particular was very important,” says Maren. “Especially when a lot of things are changing, companies and employees need to be well supported during the change. If not, the organization is overwhelmed and collapses.”

COO as Minister of the Interior for internal operations

In her position as COO at MonitorFish, Maren primarily keeps an eye on internal processes and ensures prioritization, coordination and structure. She describes herself as the “Minister of the Interior” who creates structures and thus security. This is the only way a company can function in the long term.

This starts with an efficient meeting structure and extends to the automation of administrative processes and the creation of target agreements for company divisions. There are many overarching issues that are too often not considered in start-ups and thus wear down employees.

Maren has had no previous contact with aquaculture and thus has a fresh, neutral view of facts and issues where fish experts are already “business-blind”.

A particularly important task for Maren is to drive the development of company-wide goals and minimize friction losses through clear prioritization and responsibilities.

In the fast-growing startup with very young team members, there is permanent unrest and movement, so management must keep a cool head and provide security. “The pressure on founders and employees is constantly high, so it helps immensely if you clearly define areas of responsibility and break down, structure and schedule tasks in such a way that they become digestible.”

At MonitorFish, the CEO and COO complement each other perfectly in their responsibilities and characters. While Maren organizes with a lot of logic and sobriety, CEO Chaitanya Dhumasker in particular takes the whole team on an emotional and visionary journey.

I know that it can really hurt when founders bring someone from the outside into the start-up. Especially when that person then also addresses uncomfortable but necessary topics very directly.

At MonitorFish, however, she has encountered a lot of understanding and a founding team that is very willing to change. The understanding of structure and order is present at all levels and is gratefully accepted, because “good teams embrace change very readily and show no vanity.”

Through her experience, Maren sees things that others tend to overlook.

It’s a bit like when the cozy male shared apartment is forced to clean up.

The image of the men’s shared apartment almost stands as a symbol for the German startup landscape.

Through Maren’s years of activity in the Bundesverband Deutsche Start-Ups e.V., she became particularly aware of one problem: founders and VCs are 80% male-dominated. Men prefer to support other men.

Other genders are unfortunately still massively underrepresented in the start-up world. Yet it is this untapped diversity that holds huge potential.

What actually started as a hobby is now a network of 25 highly qualified women from Berlin. All of them work in C-level positions at accelerators or deep tech startups that have already successfully completed seed funding and are now preparing for the Series A phase.

The goal of the network is, of course, first and foremost the professional exchange. Because Maren has noticed that women in these positions usually face similar challenges. The Mastermind group supports each other with practical tips and interesting contacts.

“Women have been too quiet so far. Yet women are very often very good. We need to dare more and network better,” says Maren, who wants to encourage even more women to stand up for themselves and their ideas.

The world belongs to those who think louder than others shout

If you're not sure your company fits, contact us anyway.